An Interview: Kicking the Pop Habit

Hello, my lovies!  Today I have something I am SO EXCITED to share with you!  Sometime in September, I heard that my friend's hubster kicked the pop habit.  Now this may seem like no big deal to you, but this guy...let me just say, he was the DEFINITION of a pop habit.  She told me that she never ever thought that he would give it up.  He slept with a 2 liter of pop next to his bed at night in case he woke up.  Seriously.  He packed it tenderly with him when he went on a vacation (one for every day, plus one extra on backup).  This is not your average pop drinker, my friends.  This was a full-blown addict.

It takes a lot to kick any habit, but a habit that is ~35 years in the making is exceptionally difficult.  Jeff did it.  You can, too.

I know there are many of you out there who drink pop and can't imagine how you could give it up.  This story is for you.  It should serve as your inspiration.  If this guy can do it, I know you can, too.  Stop killing yourself and read on.

Without further ado, the interview.

1.  Please introduce yourself.  (You can include whatever you want about yourself.  You can say your job, whatever you like.)
JM: My name is Jeff and I’m going to turn 39 soon. I’m an electrical engineer by degree and work at a security integration company as their lead engineer.

JM: I’m probably a 5 (from my perspective) LOL.

JM: To say my whole life would be an understatement. I can’t remember not drinking pop. My parents bought it, so I drank it.  I had it with most meals and whenever I went out to eat. I drank it throughout college and didn’t stop once I graduated. It was a way of life. So totaling that all up, I’m thinking about 34 years.

JM: From college on I would say about 2 liters a day minimum, but there were days that 3-4 liters happened.

JM: I’m not aware of any health issues that this may have contributed directly to right now, but I’m sure that it indirectly has caused my increase in weight (duh) and my lack of energy at times (but what about the caffeine? – when your body is being embalmed with caffeine it no longer has the desired effect).  I know that it has had a devastating impact on my teeth and gums. I recently had a dentist appointment and they asked if I had changed my diet. When I told them I stopped drinking pop they said it was obvious because my gums were starting to repair themselves. (Luckily my gingivitis had not progressed to the point that my gums were permanently damaged! Wish I could say that about my teeth, especially the one with the crown and the two other that need crowns that I’m waiting on.) 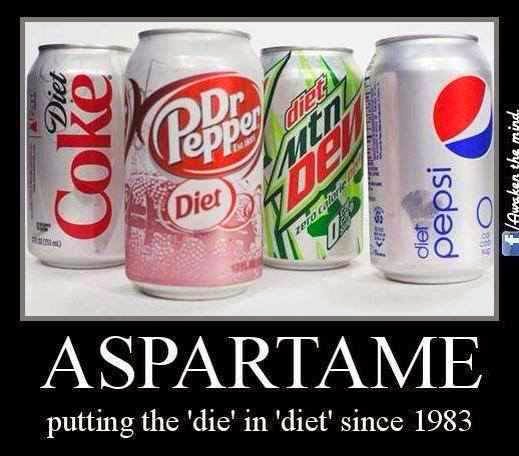 JM: Growing up, I drank Coke as that was what my parents bought. In high school I switched to Mountain Dew. This continued throughout college and didn’t stop until 2006 when my son was born and I decided to try to stop then. It didn’t last long. Pepsi released Diet Pepsi Max about 4 months later and it contained more caffeine that Mountain Dew, so I was hooked again.  Then they relabeled it to just Pepsi Max (but it was still diet) so it would market to men better.  I now had an excuse to continue my habit since it was diet.

JM: It was my water. Seriously, I never drank anything else - only Pepsi Max. There were times where I had run out of my 2 liters (which I bought 10 and 20 at a time) and I seriously didn’t drink anything for a day to the point of dehydration. I was seriously addicted and had to make a change.

JM: That is true. I drank directly from my 2 liter. I carried it with me everywhere. I had it by my side of the bed at night so I could take a drink of it if I woke up. I always had it near me around the house wherever I went.  I had next to me in the car.  I would take multiple bottles with me on vacation (at least one for everyday plus a spare.)  It was a part of my attire, like underwear but meant more to me…LOL.

JM: It wasn’t just one thing. Like I said before, I tried to quit back in 2006. I think that as I’ve grown older I was realizing that the “benefits” of drinking pop (the caffeine and the taste) were not worth the cost financially nor to my health. I knew it was affecting my weight, my sleep, and it wasn’t good when I ran out because the only thing I could think of was getting my next bottle and I didn’t really care about anything or anyone else in those moments. But if I had to choose one catalyst, it was when my son (who ironically doesn’t like pop at all) said, “I can’t wait until I get older like you Dad and then I will like pop and can drink as much as I want.” My other kids had said things like this before but they DO like pop.  To have my son who doesn’t like it think that this is just something he has to do in order to grow up just opened my eyes to the message I was unintentionally sending my kids.

JM: I had no more excuses left that held any basis in logic. I knew it was bad for me with all the chemicals in it. I knew it was contributing to my weight gain, my lack of good sleep, and my declining dental health. The caffeine had no effect on me in regards to keeping me up at night at all. I could drink 2 liters of pop and go right to sleep.  In fact, I was having trouble staying awake at night. Now I’m able to stay awake with no caffeine at all.

JM: You could probably put “nevers” to the power to infinity [*cough* engineer *cough*] and that is what my wife thought. I had to do this cold turkey. That is the only way it was going to work for me. So I went through a tremendously painful 72 hours of a no pop weekend and then just started filling my empty 2 liters with water and drank those instead. In many ways that actually helped me because part of any addiction are the [physical] processes [and habits] leading into it. So to still have the two liter near me filled with water instead of pop was helpful. I now have a refillable 500 mL water bottle that I take everywhere with me instead.

JM: There is no doubt in my mind that I was addicted to it just like a smoker, or a “choose your drug” addict. It wasn’t just physical, it was emotional and there are still times I have the desire to buy a 2 liter. I still miss the sound of opening a new 2 liter of pop.

JM: I told her on our 15th anniversary.  She was in complete shock and I think she was skeptical. I told her that she should could call people and tell them about my decision (which I knew would help me follow through - no one wants to let people down).  I told her she could call you and others and let them know.

JM: I drink water primarily. Just to be on the level, I will on occasion have a glass of pop when we are out to eat or over at a friend’s house or party. But we do not buy it and do not have it in the house anymore.

JM: It has now been 7 months. One of the reasons I waited to do this interview [the time between the interview questions being sent out and them being answered was about 6 months] was to make sure I had actually made the switch and wasn’t going to backslide.

JM: I feel very different and it is a good different. I have more energy and when I wake up I don’t feel lethargic. I can now stay awake without caffeine and if I have something with caffeine in it, it actually has the desired effect of helping me stay up later. My kidneys like me and I’m reminded about that multiple times everyday.

JM: Accept the fact that you are an addict and that staying there is not a good thing. It isn’t good for your body, it isn’t good for your mental awareness, and it isn’t good for those who are watching you and may try to follow your example someday. Once you have accepted that, then take the leap and do what it take for YOU to change. My way (cold turkey) may not work for you, but whatever you think will work - try it - and make that choice each day.

JM: Yes, but I ended up putting that back on during Christmas. But I have now continued to lose and I’m down 15 pounds since Christmas.

JM: This is still a situational thing. I would say that on average I miss it about a 3. But there are days that it is about 9 and I drink a lot of water on those days!!! J

JM: I have started to pay attention to my food intake and I do plan on starting running once the weather gets warmer.

JM: Overall, I just feel better about myself knowing that I’m making the healthy choice and I’m now a good example to my family. I think that my kids now have an example of someone who had made a bad choice, but instead of wallowing in shame and despair, showed the guts to own the problem and make changes for the better.

JM: Yes I have. It is an acquired taste. I will probably make another batch at some point in the future.

I, for one, am very impressed.  I know that your wife had always said that she thought you would never, never, never, ever, ever give up pop.  But you did it.  And for that, I bestow upon you a very glittery and pink high five.

Peace, love, and three cheers to Jeff for killing the habit!
Ms. Daisy 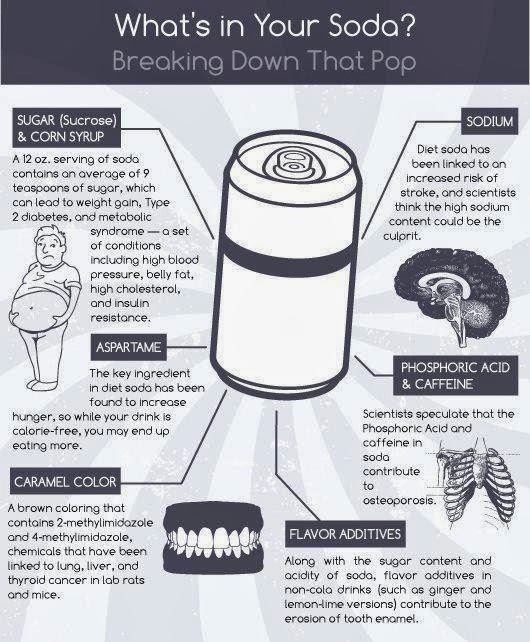