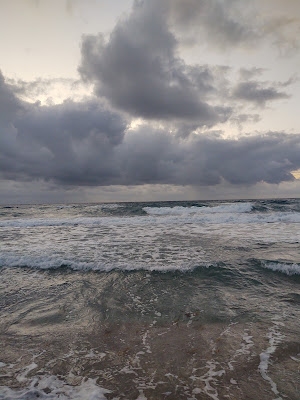 I came across a screenshot of a post that someone put up this morning that can barely be touched by describing it as startling.  More accurately, it was literally physically sickening.

Upon introspection, I don’t suppose it ought to have been – it revealed the true heart behind an issue that has been dragging itself along, fueled by the kind of selfishness that makes even the hardest of hearts recoil in horror, a grimace involuntarily splashed across faces who have the unfortunate destiny to cross its path.

Perhaps it was an exaggeration.  In my optimistic soul, I can only hope it was, but the last several years has taught me better and more clearly about the depths of the darkness that exists in this world, and the heart behind it told me otherwise.

It was bold and proud and twisted and dark.

It was the kind of thing that stirs up so much fire in the depths of your soul to protect the vulnerable that the searing of its sickness upon your very being causes such a whiplash of opposition that you are surprised by the force that is stirred within you.

Can this be human expression?

No.  This creation was boiled up not from what is beautiful in this world, but from the fiery depths of hell, spouted out by blatant demonic influence over easily swayed beings, thinking they are progressive and brilliantly independent, when in reality, they are nothing but slaves to their hellish masters.

Last year when things got particularly dicey, did you feel the recoil deep in your heart?  Did you burn deeply for justice when you saw innocent people’s businesses and homes and lives being destroyed by displaced anger, stirred up, funded, and artificially created by the media and their minions?  Did you pity those who were so easily influenced for evil?  Did you lament the lack of education, introspection, and consideration that was played out and highlighted across every media feed and praised as good and peaceful when you saw plainly that it wasn’t?

There is a direct tie to that post in that behavior and the drive behind it – and that is the absolute lack of respect and disregard for human life.

We have left the realms of logic a couple years ago, and what is painfully plain and elementary can no longer be seen by those who are blinded by such darkness.  Describing and explaining in their own words back to them, in black and white, is disregarded as misinformation, hate speech, or dismissed and unthinkingly blanket labeled as misogyny, racism, privilege, or anti-science.

The days of logic and good are being destroyed moment by moment, to be replaced by the whim of the political passion of the day, stirred up by fear from those who profit from it.

What has happened to discourse?

If you value logic, it will be difficult for you to comprehend all that is permeating society, but we must preserve the ability to think clearly when we are being perpetually baited to react at our most basic levels.  This is the behavior of the unintelligent.  This is the behavior of the undeveloped beast.  Will you succumb to their depth?  Will you too leave logic behind and become an unthinking Neanderthal, disconnected from higher thought and the good?

The temptation to hit back at their level of wretchedness is mighty because it so deeply offends all sense and life, but only those who are civilized will overcome.

My friend said it exactly right – will you fault the blind for being blind?

Rise above, lovelies.  Speak the truth in love.  Do not be afraid.  It is the only way to preserve our society and to diminish the sick evil that attempts to spread.  Will it take you under?  Or will you prevail?  Our world depends on it.