The Year the World Lost Its Entire Mind

I'm writing to you from the middle of June in the year of our Lord 2020, a time in which all persons inhabiting our once beloved planet are absolutely and wholeheartedly certain of one thing: we hit the tipping point and tipped waaaay over. 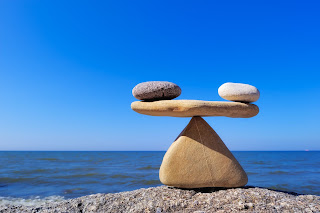 Is it because of the rona?  No - unless you have hooked yourself up to an IV of CNN, you are easily able to see that the predicted terror ended up being quite a bit of an overblown issue (not to say that it didn't exist or affect people - it did, but not at the levels we were being terrorized with initially).  The rona was so like, spring 2020 and we are totes like, mega over it.  Figuratively and literally (if you hear of the waving of a "second wave" flag, I'm pretty sure it's because the media misses all of those clicks and the powers that be miss all of the diabolical levels of control they get out of bludgeoning the masses with the scaries.  That level of power is highly addictive.), quite frankly.

Is it the media-stimulated race riots?  No, but it is linked to that.

Is it ANTIFA burning down buildings and smashing windows with bricks and making a lovely tent village with speeches and dance parties for themselves where naked people run down the street saying that they are prophets looking for their children, proudly declaring that they aren't part of the United States (but rather, "Chazikstan"), while still using our wifi, EMS and hospitals for the drug overdoses, building (the very literal and social) walls (that they ironically hate and riot and terrorize about), and silencing any differing opinion?  Well, no, but that touches the fringes of it.  (And if you're mad about Chazikstan, I hear you, but just let them be for a couple weeks and you can have a front row to watching the inevitible rise and fall of a very sad social experiment.)

No, it is none of those things, and neither is it even the chaos of the liberties that people have allowed to be stripped away from them out of fear.

What is it, then?

It is the silencing of rational discourse with the rise of cancel culture.

Could it be any more in your face (literally?) to silence people symbolically by forcing them to wear a mask, stripping them of their identity, individuality, oxygen levels, and muzzling them while taping directions on the floor of their local grocery store, telling them how they ought to walk?  This is the physical that has translated to the emotional, out into the atmosphere, that is now flying around the internet-sphere.  And flying it is.

Over the last couple weeks, we have seen countless examples of the vocal mob crying out to crucify anyone and anything that they deem as inappropriate, whether or not the person's opinion was justifiably and/or intentionally offensive or not.  This crucifixion is not only social, by people declaring they are now unfollowing them on social media (OH, THE SEARING PAIN!), but it is an outcry to demolish their livelihood, business, passions, and future.  This is once again a physical parallel in domestic terrorism of the destruction and arson of physical buildings as a result of the emotional world.

What once was "only" name-calling (you misogynistic, transphobic, fascist, homophobic, sexist, racist!) and slander on social media as a result of differing opinions is now full-blown catastrophic destruction if someone is caught in the crossfire and dares to think for themselves outside of the popular groupthink that is making an attempt to burn through the nation.

Why did that name-calling start?

Name-calling in this realm exists most often from people shying away from the difficult work of digging through something together in order to try to understand another viewpoint.

You don't like what someone is saying and you don't want to consider their points?  Call them a name.  Block that conversation from going anywhere.  Feel much better about yourself.  Nod in victory at your obvious moral high ground.  Threaten to unfollow, share with friends.  Spread the virus of the inability to have an intelligent conversation over a subject with which you strongly disagree.  Never even entertain that any aspect of their point of view could be valid because you are busy not listening to anything they are saying, convinced of your superiority.  Such intelligence.  So noble.  So big brain.

What harm could it do?

That is the catalyst that has led to a college football coach grovelling and begging for forgiveness because he wore a certain t-shirt while fishing. His running back, offended at the sight of his coach wearing an OAN News Network t-shirt while fishing tweeted that it was unacceptable and that he will not be doing anything with Oklahoma State until things change.

I just want you to back up one second really quick with me here.  A man went fishing at his leisure.  He wore a t-shirt with the emblem of a news network on it.  Another person saw it and threatened to quit working with him because of it.  The university said that they would not "tolerate insensitive behavior" such as this rude TV network t-shirt wearing fisherman.

Please.  Go with me for just a second.  This is the United States of America.  You can dye your hair purple.  You can identify as a tree.  You can fill your backyard with rocks.  You can drive a car that has figurines glued to the roof.  You can dance the cha-cha slide.  You can play basketball at midnight in your driveway.  You can refuse to shower for a week.  You can wear a skirt with combat boots.  You can tattoo your neck.  You can name your kid after viruses.  Why?  Because whether you like all of the results or not, we have the freedom of expression.  We are entitled to our own opinions.  We have the liberty to come to our own conclusions and to express them within our free society.  (Yes, I'll admit - that's getting harder for many to practice as we are bombarded with propaganda for what and how to think, but it still exists.)

This bizarre example is not one that is few and far between.  The founder of CrossFit, Greg Glassman, was stripped of his position for tweeting the opinion that there were some that were taking advantage of the death of George Floyd and manipulating it (just as had been done with Covid-19) by his tweet that stated, "FLOYD-19".  Furious tweeters demanded his resignation, saying that he was racist, and then pulled his business partners in, demanding that they withdraw from their partnership (like Reebok).  Reebok jumped ship, terrified to be associated with anything that the masses declared scandalous. His history of funding and supporting people of color did not matter to anyone, nor did anyone want to open up that door to conversation.  They wanted to call him a racist and end him, and that is what they did.

Whether or not you agree that he ought to have tweeted that, and whether or not you agree with his opinion, it is still only his opinion.  It is within the realm of his freedom of speech to declare such things.  You don't have to like it.  You don't have to agree.  You don't have to be friends with him.  But just because you disagree with another person does not mean that they should be silenced and destroyed. It is the mark of intelligence and maturity to be able to have a conversation with someone that you disagree with, and it is the embodiment of a free society to be able to express your personal views, whether they be popular or not.

Another aspect of the danger of groupthink was displayed recently with masses of people displaying black squares all over social media in an attempt to gain traction to end racism.  Perhaps I have been fortunate to surround myself with people for my whole life who think the very idea of racism is absolutely absurd to hold and expressly intolerable - in fact, I've only been aware of a very small handful of people who have ever vocalized anything overtly negative about people of color, and those people were very old and are now dead.  I don't know any person in my generation who has ever leaned positively toward becoming a racist.  It is the very fact of why so many scurry from even the hint of any behavior that would be linked to it.  Am I a minority for that?  I don't know for sure, but I have a hunch that even if a person was closeting feelings of racial superiority, they would never dare express it because they know it is wrong and that it is offensive, as they should.

With that being said, though, what happened on black square Tuesday on social media did not necessarily lend a hand in the right direction to fight racism.  Instead, what it did was influence people to behave a certain way and to display a signal to others that they were not racist and that they were going to prove it.  Instead of being comfortable with who they are (knowing in their heart that they were not racist) and displaying it in real life, in action, in loving others as they ought, they felt discomfort that someone might accuse them of being racist for their sin of omission of not following the masses and what was trending that day by not displaying a black square.

Certainly there were many who were passionate about connecting to other races of people - and we know that they are because they live it in their everyday life.  It was already part of who they are and at the front of their minds, but I fear that the majority of people who posted that did so more out of the fear that others would think less of them if they didn't.  That is not fighting racism.  That is unthinkingly following the vocal mob.  If you need to prove that you are not a racist with a black square, maybe you need to do a little bit more soul searching and think deeply about where you are at and what you believe.  The whole world is better when you're thinking critically.

Where do we go from here?  I beg that you connect with people who don't think like you and who are not like you, not so that you can call them names or crucify them on social media, but to explore the other side in an effort to truly understand - to expand yourself.  I encourage you to shun cancel culture wherever you see it as it is the very epitome of silencing voices.  But most of all, I encourage you to think for yourself and to use the liberty you have to express your own thoughts.

You never know, your thoughts and opinions might not be a scary minority, even if the media tries to tell you that they are.  But even if you do not hear many other voices like your own, if you're not you, what are you even doing with your life?  Who are you?  Speak up.  The free society deserves it.

Peace, love, and think for yourself,
Ms. Daisy
Posted by Ms. Daisy at 12:53 PM No comments: