The time my bladder revolted: the struggle is real

I don't know how it started.  I don't know why.  Maybe I should have listen to Karen and avoided the pond?  (Karen, I LOVE THE POND.)  I'm not sure.  What I do know is that my bladder was angry.  Angry like an old man in the sea.  Or something.  It was pretty angry.  10/10 ticked off.

Initially, I paused for a moment in life and looked up like a question mark was floating in a pillowy cloud above my head.  Is my bladder hurting?  It kind of feels like it's hurting.  Meh.  I probably just need to drink more water.  Okay.  Let's do that.

Fast forward to two days later.  Okay, folks, this bladder is getting seriously ticked off.  I need to do something.  A few sprays of silver ought to do the trick.

Oh, wait!  Maybe you don't know.  Are you one of the millions of people who are responding to this fascinating path of thought with, "Why didn't you just go to the freaking doctor?"  Yeah.  About that.  So, I don't really go to the doctor unless one of my limbs is laying in a bloody pile on the ground or I can see an organ coming outside of my body.  These haven't happened (yet), so I've been doctor-free for quite a while.  The rest of the crap I take care of myself.  Strep throat?  Got it.  Sinus infection?  On it.  Cold, flu, etc.  No problem.  I love the challenge!  BRING IT ON.

I can hear you already asking me why.  Really?  Okay.  I'll tell you two reasons why: 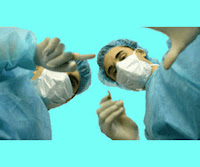 1.  Iatrogenesis is the 3rd leading cause of death in this country.  What's iatrogenesis?  It's when you get correctly treated by a (conventional) medical professional AND DIE.  This does not include being misdiagnosed, under or overprescribed, given different pharmaceuticals accidentally, getting your liver cut out instead of your gallbladder, or any of those things.  This is death by traditional and correct Western medical treatment.  Only cancer and heart disease are in front of correct medical treatment.  No offense, but this doesn't inspire tons of confidence for me, especially when I've found a pile of herbal and crunchy ways that work without side effects.

2.  Antibiotics are pure Satan.  They kill off your entire gut system.  New stuff is coming out on the horizons of discovery finding that there are more bacterial cells in your body than there are human cells.  Nope, you didn't even hear what I just said.  Let me say that again.  There are more bacterial cells in your body than there are human cells.  Antibiotics nuke the whole thing, the good, the bad, the helpful, the ugly.  Take those billions and make them ground zero.  70-80% of your immune system is in your gut.  Nuke the crap out of that while you're there.  Your endothelial layer is compromised and destroyed by antibiotics, allowing a break in that beautiful one-cell layer thick puppy, and then you have a host of horrible going on in your entire body (think intestinal permeability, a.k.a. "leaky gut" syndrome).  You contribute to the rise of the "superbug" by joining the masses and jumping on the antibiotic bus.  There's stuff out there that has become resistant to all the antibiotic ammo we have on the shelf.  That is the death of an era, my friends.  Move on or die.

By day four, I had no energy and a fever.  I was to meet up with my friends for coffee in the evening after a kid's baseball game, and I sat there like a pathetic little blob.  It was warm in the coffee shop  and I was already sweaty and unwell and I had to duck out early.  This is tragic as I usually love to lead shenanigans and uproar, but home I sadly trudged to curl up into a little antisocial ball.

I was getting progressively worse so that by Sunday afternoon (day 7), I took a four hour heavy coma nap - the kind that you try to wake up and open your eyes, but even in your dreams you are unsuccessful at doing so.  I didn't even eat lunch that day (if you know me, you know this is alarming) and I was receiving threats to be taken in to the local Urgent Care or the ER.  I fended them off with all the strength I could muster.  I'm too tired to even stand up to walk to a vehicle to go, so let's just say this isn't going to work out.  I just need to sleep.  That night was when I hit the desperate wall.  I couldn't stand up from pain, had the chills, and was so uncomfortable I couldn't stand being in my own body.  I called the MD on call.  This was desperation and defeat all in one.

I explained that I had a bladder infection and asked him what he would recommend.  He sent a prescription for an antibiotic to what was supposed to be the only open local pharmacy at that time, although when he pulled up my record, he said he was not very inclined to do so as I hadn't been to the office in about 3 years (what?!  I've been well!).  After I made dinner, I planned to walk my hunchback positioned self to the vehicle and make the sad trek to the pharmacy (but was intercepted by my husband who volunteered to go for me - usually I would insist on going, but as I could barely walk to the garage, I figured it might be a good idea).  He called me 20 minutes later to let me know that the pharmacy was closed.

Okay?  God?  Am I not supposed to take this prescription?  Is this how I get the message?  Ummm...?

I had kicked in some serious concoctions by this time (silver at a correct dose, oil of oregano, usnea uva ursi, probiotics, horrible awful pressed organic cranberry juice, double turmeric, Vitamin C, bone broth, and a non-inflammatory diet) and was getting marginally better by the next day (translation: I could stand up straight without pain).  The evenings were always quite worse, however.  It was like I used up too much energy during the day and the bad guys took over at night.  I skipped swimming (now you should be really shocked).

I didn't go to the pharmacy the next day because I figured I was getting much better.  At this, I received many loving death threats from my friends and family.  I was sweetly told , "I know it blows goats, but...take the pills, you dumba--!" by one friend, a dubsmash from another that said, "I will look for you, I will find you, and I will kill you."  (They love me and this is how I know.)  Another said, "Just take them!  Yeesh!  You can go back to your clean life after you get rid of the infection!  Antibiotics work ya know!"  I love these people.  It was almost like they were trying to tell me something.

I was forced to go to the pharmacy the next morning by my bossy husband who said before I did anything (I had an 8:30 meeting), I was to go and pick up that prescription OR ELSE.  Meh.  Fine.

(He didn't say I had to take the prescription, only that I had to get it.  I'm so awesome.)

I left it in packaging for a few days and then put it up in the cupboard in case I was dying at some future point, which is what it would practically take for me to ingest one of those toxic things.

Now here is the problem.  I could go on like this fighting it and being moderately sick for an indefinite amount of time, but I am up against a wall.  I have a triathlon in 5 days.  I have that large muscle fatigue that you feel after you have the flu.  I can't do a tri like this (and win anything).  This is terrifying.

I missed swimming again today because for some weird reason, I don't feel super great after I swim.  I feel the tired of a thousand years.  BUT I NEED TO PRACTICE FOR THE TRI! 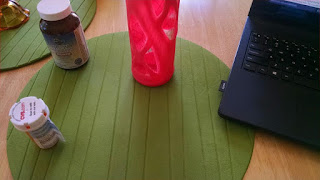 This rock and a hard place is very distressing for me.

I sit here at my laptop typing this out with the toxic bottle staring at me, pulled out of the cupboard for the first time, the quandry looming over me.  It sits to the left of my laptop, beyond my pink water bottle, not so far from the probiotics, looking up at me, taunting me.  "May cause diarrhea.  If persists or becomes severe, notify DR or RPH.  Diarrhea may occur weeks to months after taking drug."  ARGH!!  That's because you'd be stripping my good happy bacteria!  UGH!  What do I do?!

So far, it's sit here and argue with myself and debate the funeral of my endothelial layer or forcing myself to sleep for the next 4 days without any running, swimming, or biking, and thus, being quite rusty for the tri (not to mention irritated and boiling mad from lack of exercise). 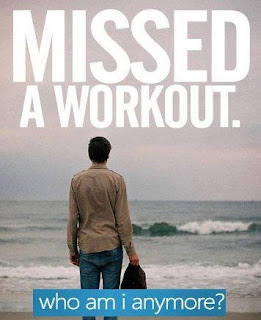 Go ahead.  Weigh in.  Tell me what you would do.  I am desperate enough that I actually may listen.  Maybe.  Probably.