Yep. Not the same.

I think most people operate under the assumption that for the most part, people are just like them.  No matter how crazy weird you are, you just kind of think that you're normal and yeah, sure, maybe people don't all like the same things, but we're pretty much running standard quo-ish-esque.  Right?

I have to admit that I do this same thing.

And then I am rather wildly shocked when people are not. 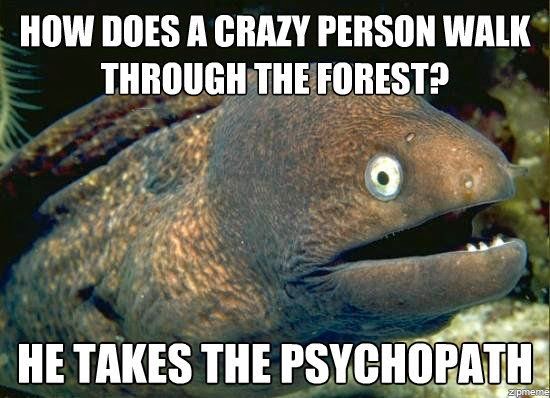 (See, even just typing that makes me realize how totally dumb it is.  But I can't help it!  I'm stuck in this paradigm!  Aaaah!  I can't get out!!)

The following blog will serve to prove the point about the weird people even thinking that they are normal.

Por ejemplo.  I was in Costco and I have a curious habit of looking into other people's carts to see what kinds of interesting things they are buying.  I mean, not like OCD ultra-compulsively or anything, but perhaps while standing in line and bored (since I don't have a smart phone to text/email/go into my own world away from society).  I will glance on as the person in front of me hoists up their goods upon the conveyor and THAT is the time that I have this paradigm breakdown.

"Oh my gosh!  People really buy Honeycomb cereal!  (And cereal in general?  Do people actually BUY cereal?  Why?  It has no nutritional value at all.  Maybe they're making crafts with it.  He clearly needs glue.)  That's so funny.  I didn't think people bought cereal anymore.  Huh.  How about that.  Wow, what's that?  He's buying white buns?  Maybe he's planning on poisoning the pigeons or something, since that is full of high fructose corn syrup, partially hydrogenated oils, and various other non-food ingredients.  That guy over there has some Perdue chicken.  Maybe he doesn't know about the dark and window-less aluminum houses, the mini-backhoes to scoop up the dead ones, and the minimum waged workers who care nothing about the animals.  I suppose he does a lot of physical activity to sweat out the arsenic."

And then I'm driving home and I look and see that there are cars at McDonald's.  People really still go there?  I thought that was so like, five minutes ago.  No,  seriously.  I am genuinely surprised that it is still in business.  I mean, if I think outside of my box, it could possibly be a business running in the black.  Why?  How is this possible?  What are those people DOING there?  Do they seriously NOT KNOW?  There are only two people I know who say they go to McDonalds - my mother (for their coffee and to torture me), and Julie when she is pregnant for the Angus burgers.  (Now wrap your head around the fact that SHE LOSES WEIGHT when she does this.  Julie, seriously.  How do you do it?)

Why is this person buying flour?  Did their grain mill break?  Oh.  Wait.  Maybe they don't have a grain mill.  They should call me!  They could totally come over and grind some flour.

And then I will be in a conversation with someone and they nonchalantly mention that they took Tylenol/aspirin/prescription meds/Nyquil/Advil/etc.  Do you know that scratched record sound?  Umm...what?!  Whyfor would you do such a thing?  (Maybe you've been watching the twenty thousand commercials on TV that suggest they will solve your problem.)  Once they suggest that their primary care physician suggested it, I begin resisting the urge to scratch my own eyes out.  This is closely followed with the feeling of resisting the urge to scratch the primary care physician's eyes out.  That is followed by the urge to poke the AMA in the eyeball.  With a Tylenol.

So, as you can see, everyone is different. No two people are not on fire. Awww.

Gotta go.  Time to drive round trip 50 miles to get local, free-range chicken eggs and get over to the farm for the milk.

Are you saying you don't do that?

Peace, love, and don't worry - I've got this corner of Weirdlandia covered,
Ms. Daisy
Posted by Ms. Daisy at 1:23 PM

Email ThisBlogThis!Share to TwitterShare to FacebookShare to Pinterest
Labels: confessions, weird but true