The Scam of an International Women's Day

If you've been on social media today, you likely have been made aware that today is International Women's Day.  I have to be honest - I don't know if I quite remember it much before last year, although it is reported to have an origin in New York City organized by the Socialist Party of America in 1909.

On social media today, I saw women that I respect and enjoy hanging out with display links to women that they think are killing it in the realm of business or breaking barriers or whatever else is out there that ought to be celebrated.  They highlighted pictures of their best friends, their mothers, their sisters, and women in business.  They brought attention to the fact that women are out there and they are making things happen.

While I am glad that they are associating strength and success and potentially even a desire to emulate these women, (are you ready for a shock?) I find myself disagreeing with the whole premise.

I actually find it insulting and off-putting.

I think that highlighting the achievements of women because they are women is the equivalent of posting extra thirsty cleavage shots and pretending that you're asking for feedback on your necklace.  It's desperate and it debases those highlighted.

Hear me out.  If you are female and you truly believe that you are able to compete in every way with a man (within physical reason - and yes, I said it.  I'm 103 pounds.  I'm not going to be able to beat my dudes benching 270 - yet, anyway.  Will I give it a chance based on percentage and bench more than my weight?  You know it.  Will I try to do more pull ups than them?  Absolutely.  Which, by the way, I'm at 12 and still climbing.), why would you point out achievements only because you are female?  Shouldn't you rather be pointing out achievements and amazing accomplishments and humans of note because of those very things and not because they were born without the coveted blessing of a peepee (does this very idea not readily and obviously admit that you view yourself as less when you chase after it?)?  Do you secretly and subconsciously cling to the belief that men are better than you, and that in order for you to fight the social injustice of it all, you must stand on your soapbox for one day each year and loudly declare and demand attention for yourself - attention that you suppose you would not otherwise get without having a special day dedicated to you because you can't figure a way to compete on your own of your own merit?

Perhaps at this point you would argue that society is male-centered and is set up to benefit men, and that they are creating the narrative and it is unfair.

Do you know what I hear in that?  An excuse.

Do you believe that you are able to do things or not?  This makes it difficult to truly decipher between what you are saying and how you are behaving.

Most women are not leveling up because they don't actually believe that they are even in the game in the first place.  As I mention "the game", I want to be clear that this is not a game of two teams, in particular, the boys vs. the girls.  This is the game of life, being played by everyone on the planet.  I don't need to prove to you, some man, or anyone else that I am worthy of being deemed successful or anything else because I am female.  That is insulting.  That is petty and quite frankly, feels beneath me. 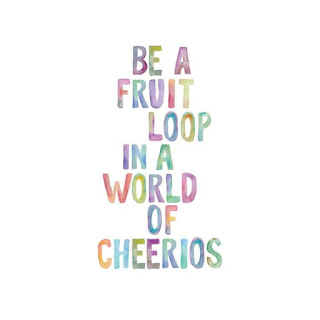 I remember my mom recounting a story of me in high school.  It was my senior year and I was at a home swim meet.  I competed in breaststroke and the 100 was about to start.  I walked over to my lane, flanked on both sides by girls from the other team.  I walked up to the starting blocks and did what I always did - stretched myself out and got myself pumped up by stretching my arms and then my legs, grabbing the blocks and frog jumping a few times, staring down the lane and imagining my race.  My parents were in the stands and my mom tells the story that two girls who were almost a foot taller than me and 50-60 pounds more were watching me instead of getting their own minds ready for the race.  She watched their faces as they became increasingly unsteady and lost confidence.  I didn't even know that they existed and didn't even look at them.  I was there for the race.  I won.  I thought nothing of that win outside of the fact that I knew I had done what I needed to do to achieve that outcome.

In business and achievement, I'm not competing with imaginary men (or women).  I'm out there doing my thing, with my eyes on my race.  I can assure you, however, that on race day - whatever that may mean literally or figuratively depending on the circumstance - I am going to level it up and I don't care if you are male or female or an elephant or a unicorn, I am going to give it what I have because of who I am as an individual - not because I am a woman.

Let us all ask those questions - Do you want this?  Do you want it more than the next person?  What must be done to get it?  What are you willing to do to get it?

Let us not denigrate ourselves as individuals by too much associating and identifying as what society tells us we are as a group.

Go out and get what you want because you want it and you will work for it.  Use the smart brain that you have to figure out how to do that.  Do not emulate someone solely because of their gender - instead, admire the tenacity of their character.  Be inspired by their drive.  Let the fire of what you want be torched higher because you have chosen to surround yourself by people who tirelessly seek excellence.

Don't be put in a box, lovelies.  You're so much bigger than that.