'Ello lovelies!  (Go back and try again in a British accent if you didn't do that the first time around.)

What a year so far, amirite?

It's been enough of a wild ride on the free-flowing, wavy scrolls of hoarded toilet paper, diving deep into the deepest depths of oceans of hand sanitizer for any of us to likely want to climb aboard the crazy train again any time soon.

I am sure that many of us have had significant time to ponder and reflect on many new things (including - but not limited to - what you might trade toilet paper for and if you were going to be adventurous enough to make your own hand sanitizer from your liquor cabinet).  There are a few things that I have been rolling over in my head and I thought to share one with you today.  Are you ready for a ride into my brain?  It's wilder than the life of a Costco toilet paper roll.

I think that if there was one emotion that could be collected and weighed across all of humanity starting somewhere in late winter, fear would come in first place.  In many of our lifetimes, we have never had to deal with something that had such a wide span, affecting so many all at once.  One day we woke up and schools were closed.  And then the next day, they were closed for the year (three months out).  The next day, people were afraid of airports.  The next day, people were working from home.  The next day, we watched Italy singing from balconies, locked in their homes.  The next day, we were locked in our homes and high fives and hugs were essentially declared illegal.  The next, they took away baseball.  The next, people started wearing hazmat suits and disinfecting their groceries.

There is absolutely no reason that you could have ever gotten to a hazmat suit and a pile of $37 N95 masks that you burn inside out in your driveway on the way in and tossing your Rice Krispies into a bathtub of bleach without being completely terrified of something.  Three and half months ago, if you would have done that, they would have called 911 and put you into a mental institution.  Today, you're asked for your bleach concentration recipe and stared at for your tremendously stylish hazmat outfit.

How did it get that way?  It was that a lot of people truly believed the worst of what they were seeing in the media, and not only that - they believed it was probably going to happen to them and to their loved ones.  Imagining dangerous things happening to you and your loved ones is probably one of the strongest catalysts for change and wild unnatural behavior that you could ever find on the spectrum of humanity. 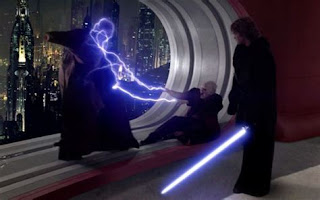 As people dove in headfirst, the media felt the exhilarating rush of clicks.  They upped the coverage.  The clicks went exponential.  The media stood in their quarantined offices with their fingers spread out to the sky, eyeballs flickering, purple-blue electricity pouring out of their wrinkled fingertips,  voices suddenly strengthening, and erupting with, "No, no!  YOU WILL DIE! Unlimited power!" while launching Samuel L. Jackson into the sky.  In a few short moments of our life, all news turned into coronanews.  In fact, in the first few weeks, I saw an infographic that showed the amount of times a word had been mentioned in the news.  Ebola was in the millions over the course of the entire epidemic.  According to Sprinklr, a company that tracks language and trends and helps manage social media images and brands, just on one single day - February 28 - 6.7 million people mentioned the rona on Twitter and on social media platforms.

Personally, I am not one who likes to submerge myself into the news machine.  I don't want to support the media getting ad revenue for their hysterical hype, leveraging the novelty of a pandemic to benefit themselves financially. As they play on people's vulnerability and panic, they push others into a downhill spiral, scouring the world to shock them daily with more terrors and horrors, digging up the most random one-off experience you wouldn't find unless you were on page 19 of a google search, and then making it front page news.

I don't know if you noticed this, but it seemed that all of the media everywhere only had about six stories to pick from to broadcast on any given day. No matter what news outlet it was, they were all saying the same thing.  It was like it was either completely lazy journalism (and I use that term very loosely) or otherwise a very united front to decide what stories were going to make it to your homepage.  Those headlines would sit on top, ready to be gobbled up by the eager clicking masses who had barely just opened their eyes for the day, and then re-spread in various degrees across social media, infiltrating every crack and corner of life, giving people the Next New Thing To Freak Out About.

(And then their cortisol levels from stress tanked their immune systems, and they worried more into a perpetual spiral, making themselves more vulnerable to the thing that they were most worried about. SLOW CLAP.  Awesome job.)

You can get people to do anything if you work up enough panic.  Rational, thinking, level-headed people will turn to bleaching their cereal boxes, turning their masked faces 180 degrees away from other's in terror, afraid to pick up a box of pasta without a gloved hand.  These small things are the proof that you can get them to do big things.

This is the place that we stand and wonder at society.  Where are you?  Is it possible that the media may have their own interest in mind?  Do you believe everything that you're told?  How much do you question?  What if you weren't afraid?  Wouldn't you like to feel that way again?  (I ask that knowing that there are some people who totally get off on panic, so even though it could be rhetorical, it isn't.)

Do you know what happens when you do?  You feel a lot better.  You're not fueling people who don't have your best interest in mind.  You're not giving them power over your day and your emotions, creeping into your subconscious, prying one thing after another away from your once much happier life.  When something wild happens, you will be clearheaded enough to react appropriately to it, and not with a knee-jerk survival mode.

I just thought that you should know that you're not obligated.  Maybe you could try it for a day and see how you feel.  Or don't.  Whatever.  It's a free country.  Kinda.

Peace, love, and take back your brain,